Hit enter to search or ESC to close
options

Preparing for the End of the World with Options

By Leonardo Valencia April 28, 2018 No Comments

Preparing for the End of the World with Options

In the past several sessions we have seen violent swings in the market in both directions which is a very different character than what we have seen so far in 2018. Instead of drifting slowly up we are now experiencing weekly falls of more than 5% and also weekly bounces of 3% or more. That kind of action is an early sign of a change of character in the market and also a reminder that the bull market we have been experiencing since 2009 is approaching its last stages. So, this is a great time to prepare for a prolonged period of underperformance in the market, in particular for those of us that desire to protect a long only portfolio of equities.

The question becomes then, what is the best way to accomplish that ? To answer it we need to take a look at the past.

It is very useful to see what happened in the volatility world the last time the market entered in a multi month correction and what better example than the financial crisis that caused a massive correction in the SP500 back in 2008 and 2009: 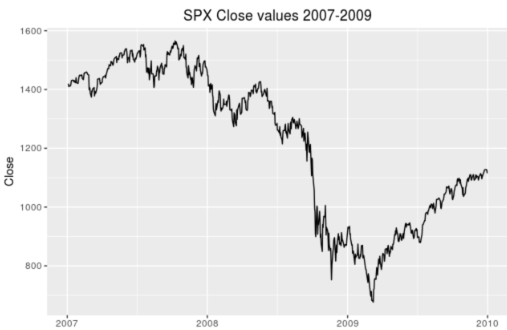 As you can see in the previous chart the market experienced a massive fall during most of 2008 and the first part of 2009. To better understand the impact of the downside action in the volatility world it is useful to look at a chart of weekly returns. This chart is basically  the percentage return from any given day to 7 days later: 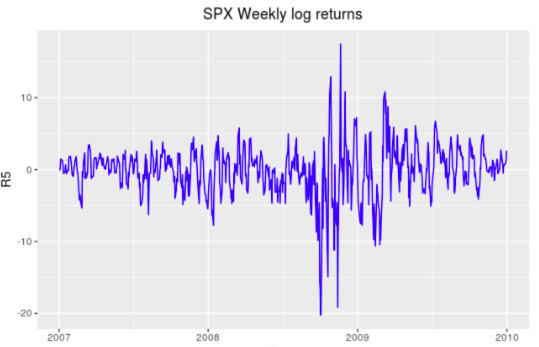 From the chart is very clear that before the correction we used to have very subdued weekly returns (both upside and downside moves) but then right in the midst of the correction you can see that volatility exploded and the market started to move dramatically in a weekly basis, with periods of more than 15% moves from week to week (very crazy moves). This change of character in the market is easier to understand taking a look at the distributions of the weekly returns before and during the correction: 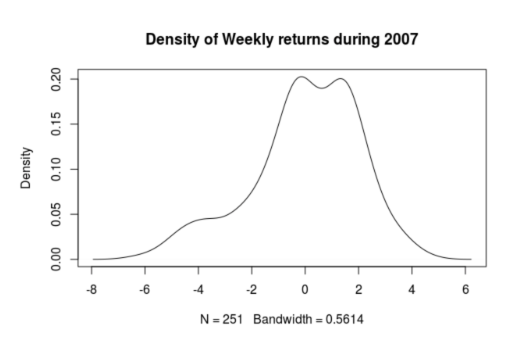 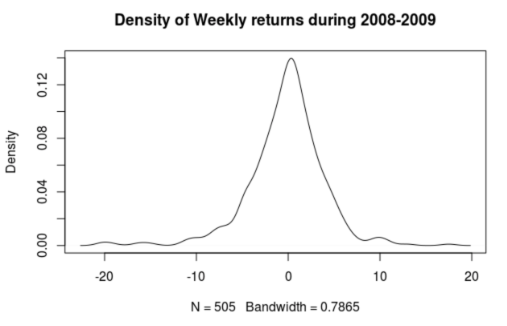 The density charts show more clearly that we went from normal +-2% weekly moves in the market to about +-10% moves during the correction. The take away from this is that we need to be prepared for massive moves in the market, and in particular that bounces can also be very violent even though the market has a consistent downside drift. This is important for those of you that want to take advantage of high implied volatility by selling upside calls.

Finally let’s take a look at the implied volatility world at that time as measured by the VIX© Index: 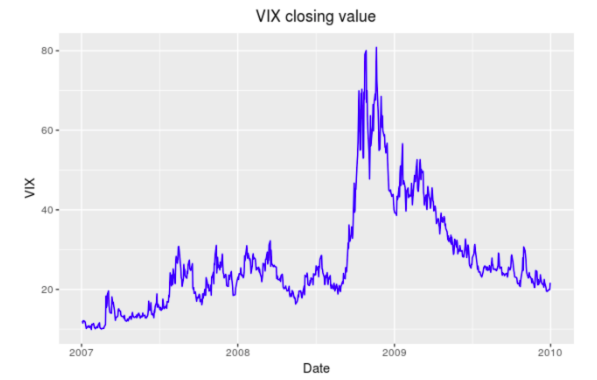 From the chart we can see that it was very stable during 2007 around the 15/20 level and then it shoot up towards 80 at the heart of the correction, and it remained elevated for a long time. In fact it took until almost 2010 for VIX to normalize again.

Lessons from the 2008 crash

From the previous discussion we can gather the following tips:

The main gist of the first two is that option prices are affected by implied volatility so it is better to get them before they become too expensive, and that once they get expensive they will remain so for a very long time.

© 2023 GammaWizard. All rights reserved. Any publication, distribution, retransmission or reproduction of information or data contained on this Web site without written consent from Gammawizard Inc. is prohibited. By accessing or using our Site in any manner or by registering to one of our courses, you agree to our terms and privacy policy.